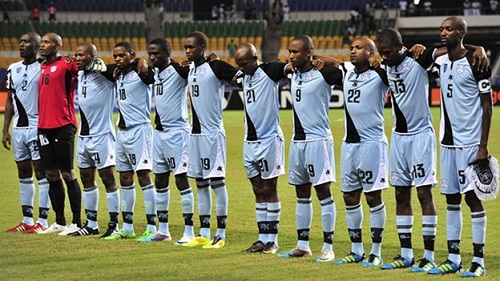 Sports in Botswana, consisting of multiple sporting codes, is coordinated by the Botswana National Sports Council with each sporting code represented in the Council to oversee fair and equitable development in Botswana. This article profiles the sports personalities of various codes, mainly focusing on their prominence and contribution in local sporting circles.

Football, coordinated by Botswana Football Association, is the number one sport in Botswana, with the largest following shown to the national team, affectionately called the Zebras. Though the team has not participated in international competitions beyond the African competitions, it has showed growth and development over the years with a few players from the national team based outside the country. In spite of its limited success the national team has won the hearts of the locals who support it unconditionally. 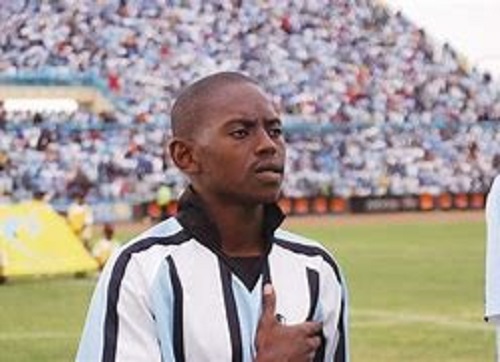 The most famous football player in Botswana is Diphetogo ‘Dipsy’ Selolwane, born in 1978, who has since retired from playing. Dipsy played for the Zebras from 1998 to 2012, and has been one of the most remarkable players, which gained him recognition in Botswana and the region.

He played both in South Africa and the US leagues, featuring in about 5 different clubs in South Africa in various seasons. He played for Jomo Cosmos, Ajax Cape Town, Supersport United and finally Pretoria University before he retired. 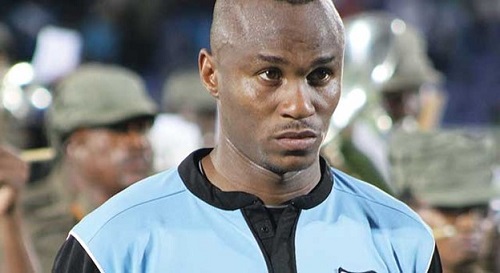 Other notable football personalities include the current captain of the national team, Joel Mogorosi, born in 1986. He plays for the local team Gaborone United but has also played in South Africa for a long while.

The other is Mogakolodi Tsotso Ngele who is one of the most well-known players and the most successful currently. He plays in South Africa for the Black Leopards Polokwane.

Botswana has not recorded such a high number of players being part of teams abroad in history. Even so, there are exceptional players who play locally like the likes of Segolame Boy, who plays for the local team Township Rollers, Simisani Mathumo, Kabelo Dambe, Kekaetswe Moloi among others. 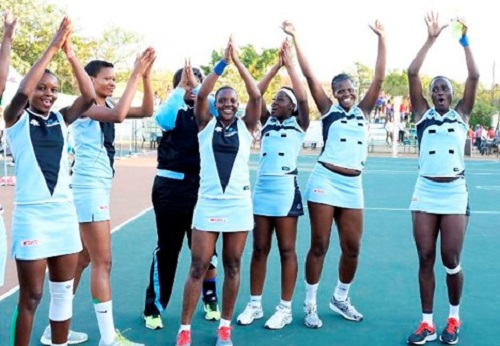 Netball in Botswana has seen rapid growth and recognition locally, and internationally the team is ranked at 24th in the world. This has been the case both before and after Botswana hosted the international netball world youth cup in the year 2017. The Botswana netball team competed first internationally in 2007 and has been doing so ever since. 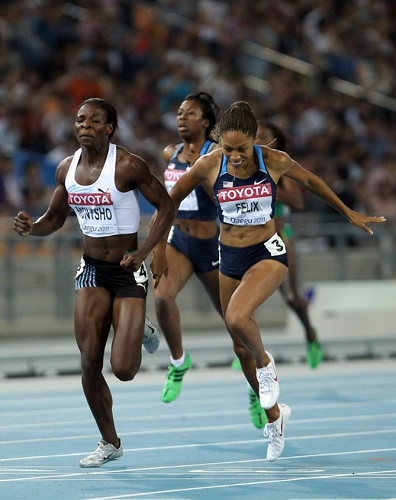 Born in 1987, Tshotlego Morama is the most celebrated Motswana Paralympic athlete as she was the first woman to represent her nation internationally and set a world record. She specialized in sprints and she won a gold medal for Botswana in the year 2004 in Athens. Though he career was short-lived as it was surrounded by controversy she remains in the hearts of Batswana and is celebrated to date as she set the bar for local female runners. 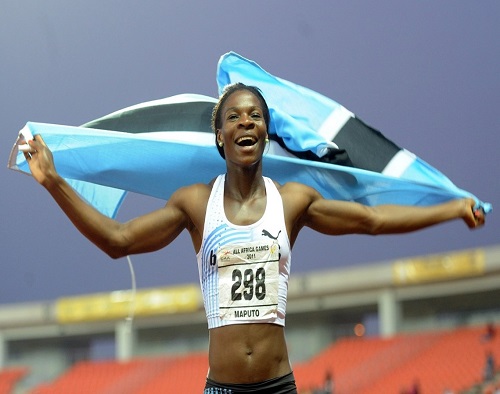 Amantle Montsho had big shoes to fill, taking over from Tshotlego who had done exceedingly well. Amantle Montsho, born in 1983, has raised the Botswana flag high by being the first Motswana woman to compete at the Olympics in 2004. She specialises in 400m sprints in which she is a former 400m world champion. 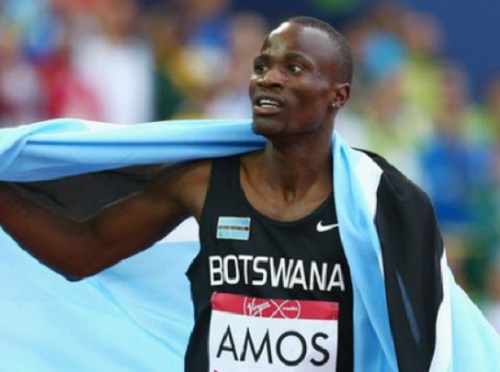 Born in 1994, Nigel Amos won for Botswana its first silver Olympic medal at the London Olympics in 2016 in the 800m race, which is his specialty, even though can run in 400m races. Nigel has been competing internationally from a tender age when he entered junior championships. His first ever appearance was in the Commonwealth Youth Games and the African Junior Championships which were both in 2011 at only 17 years of age and he got bronze medals for both. In 2012 he took part in the world junior championships which he did exceedingly well when he scooped a gold medal for the 800m race.

Furthermore, he acquired a silver medal at the Olympic games still in 2012. In 2013 he competed at the Universaide and got a gold medal. He later on in 2014 won a gold medal at the Commonwealth Games in Glasgow, another gold medal in Marrakech for the 800m and the 4*400m relay. He scooped a gold medal at the All Africa games hosted by Brazzaville, Congo in 2015 for the 800m. In 2016 at the African championships he scooped a gold medal again as well as in 2018 for the same competition. Still in 2018, he participated in the continental cup where he acquired a bronze medal. He lastly participated in the IAAF in 2019 in Rabat where he was champion. 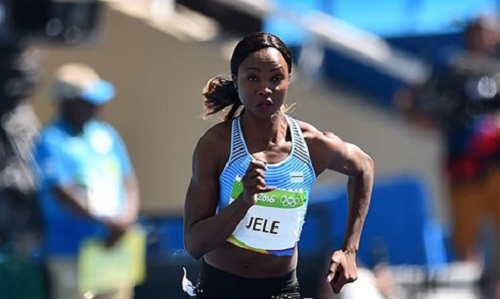 Isaac Makwala has participated internationally for his specialty race the 400m race since the year 2008. He first came into the spotlight when he won a silver medal at the African Championships held in Ethiopia for the 400m race. In the year 2010 at the same competitions he scooped another silver medal for the 4*400m relay in Kenya.

At the All Africa games held in Congo Brazzaville, he won a gold and silver medals for the 400m and 4*400m races respectively. He did not win any medal but participated at the Olympic Games in 2016.  At the IAAF world relays in the year 2017, held at the Bahamas, he wona silver medal for the 4*400m race. The diamond league saw him scoop two gold medals in the 400m races in Zurich and Great Britain, this was in the years 2014 and 2017. Two gold medals were acquired for the 400m and 4*400m races at the commonwealth games in Australia. 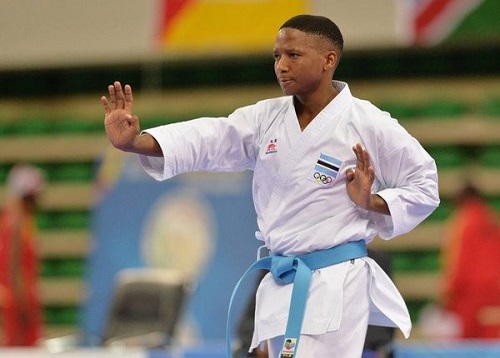 Ofentse Bakwadi, 34, is the first karateka to put Botswana on the map, competing and winning internationally. He has won two gold medals at the African Games in 2019 where he was crowned the Union Federation of African karate gold medalist in a tough competition. Even so, he has competed in world karate federation in the Netherlands, Dubai  and is the highest ranked karateka in Botswana history and ranked 11th in the world. 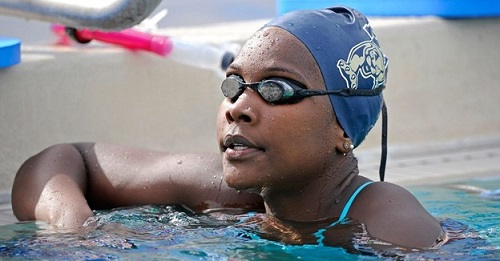 23 year old Naomi Ruele is the first Motswana woman to compete at the Olympics held in Brazil in 2016. She took part in the 50m freestyle event which gained her the 47th world rank. She started competing internationally as early as 2014 where she acquired a bronze medal at the South Africa Championships. She was in 2016 also named conference USA (C-USA) swimmer of the week.

Naomi represented Botswana at the final world swimming championship where she exceeded the expectations of the nation by finishing first in eight times in the 50 free setting a season best record at the Louisville mid-season invite. In 2018/19 she was named C-USA swimmer of the year. She has many college accolades for the Florida International University.