A leader, an orator, a stalwart of political activism, a parent, a presence as servant of the nation, ever so amiable and friendly for he interacts with everyone – and he often leaves you with an impression that he knows you personally. That is Mr Daniel Kwelagobe a good-natured man whose humility was never worn down by demands of a long political career. Knowbotswana shares a brief of a Motswana man who has played his part but can only share a wealth of knowledge and wisdom with all. 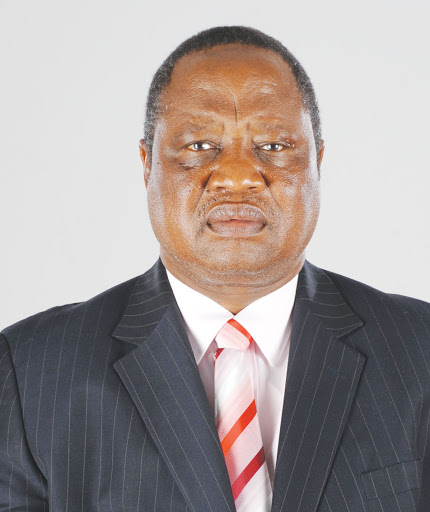 Mr Daniel Kwelagobe, popularly known as DK, was born on the 1st of September 1943 in Molepolole in the Kweneng District. He is the only male child of 3 children to parents Mr Sometimes and Mrs Tlhokomelo Kwelagobe. In 1973 he married Queen Makgalemele, a beauty queen from Shoshong in the Central District, and they are blessed with three children Itseng, Opelo and Kagiso.

Daniel Kwelagobe started school in 1950 at Number One Elementary in Molepolole which was run by the London Missionary Society. He progressed in his studies from primary to secondary in both Moeding Junior and Gaborone Secondary schools, during which he established a firm interest in politics and joined the newly established Botswana Democratic Party at the age of 19!

Ever so thirsty for education, DK’s political precocity unfortunately stood in the way of his educational ambitions. As already indicated he had a good start from the lower educational levels, but unlike most of his peers a political career sprung up and set stall to cut short his educational journey early on. That is not to say he never proceeded with any studies though, as he had opportunities with some courses successfully completed while others were disrupted.

Around the first independence celebrations of Botswana in 1966, Kwelagobe was sent to the USA for six months in an exchange programme to acquire farming skills. In 1969 he enrolled with UNISA in South Africa for studies in economics and law. At the time he was an Assistant Minister for Information and Broadcasting, but due to his role in the cabinet he had limited free time to complete his studies.

He tried yet again in 1973 to pursue his studies when he enrolled for an economics degree with the University of Indiana but as with the previous attempt he could not complete the course. In fact this was in vain because at this time he served as a full cabinet minister for Commerce and Industry, a role which demanded a lot of his attention and time.

The uniqueness of Mr Kwelagobe is that he is the only member of the parliament who served the nation under all the first four Presidents of the Republic of Botswana – from Sir Seretse Khama, Sir Quett Masire, Dr. Festus Mogae and to Mr. Ian Khama.

DK's career life and duty in the public service took off when he joined Radio Botswana in 1968 as a news reader, reporter and producer. He was later in early 1969 attached to BBC London for 3 months to sharpen his journalistic nous. Because of his victory in the 1969 general elections Mr Kwelagobe was appointed the Assistant Minister for Information and Broadcasting, a giant leap from service in radio!

Things moved quickly, as in 1973 he was made a full cabinet Minister for Commerce and Industry. From then onwards, Kwelagobe served in various ministerial portfolios, helped more by the fact that his political party, the Botswana Democratic Party won all general elections to date. However, in 2009, 30 years later, his run as a public servant in the cabinet came to an end when he retired.

Shown below is the full profile of his career life including during his 30-year tenure in the cabinet.

In the case of DK, it is hard to separate Botswana politics from the man, or vice-versa. He was made for this, and in it. He had the first taste of politics relatively early in his young life as he would occasionally get caught in the eye of the storm in the uprisings of western townships of Johannesburg. Often he would travel to visit relatives and witnessed at close quarters how political activism is done.

Some nascent form of political birthing began to emerge when DK became a lorry announcer for political rallies and activities in support of a certain Mr. Englishman Kgabo. This was in 1962. Mr Kgabo was one of the founding fathers of the BDP, and served the nation as a parliamentary member six times. To rally the Kweneng people in support of BDP, Kgabo had a task to move between Kweneng villages in a lorry with mounted loud speakers announcing political meetings and venues, and often DK, still a teenager, tugged along making the announcements over the microphone.

Political activism was rife in secondary schools, therefore DK always engaged in political work on behalf of BDP when he was in Moeding. It meant Mr Kwelagobe had to juggle studies with being active in politics.

When DK had barely started work in Radio Botswana, real political work beckoned. The BDP leadership formalised their courtship of their emerging star in DK, but he was initially reluctant to join. The party top brass had to take turns to try to convince him to join – but his reluctance was driven by a strong desire to go to school.

However, it took the intervention by Sir Seretse Khama to convince DK that he would at one point be given sabbatical leave to pursue his studies; that is only then he relented and accepted the political courtship. He participated in general elections as a BDP candidate for the first time in 1969 and won, and since then he represented the Bakwena people in parliament and served the nation as a cabinet minister for 30 years.

In 1981 the BDP nominated DK as Secretary General, a role he very well went on to serve in for 27 years. The growth and success of Botswana economy can be attributed to BDP as it is the party that was at the helm of the national economy all throughout; however, DK as SG for that long was the rock of BDP, which attests to the selfless service he gave to the nation.

Save for being a farmer now, an area of natural talent for him, DK also plays the role of a statesman not only for BDP but for all citizens who approach him for advice. His spoken word is rich with symbolism and wisdom, and possesses oratory skills in Setswana lexicon which is second to none.

Mr. Kwelagobe is undoubtedly well experienced in life and packs great pearls of wisdom. The nation appreciated his parental touch when at one point he used biblical reference to offer advice to Batswana, urging them to regroup whenever the vision ahead dims, just so that the nation should not lose its way. He shared these pearls of wisdom during the funeral of Sir Quett Masire, and although while to some this bore a political ringing to it, which may be true anyway, to others the rest of whom are non-partisan or unaffiliated, read it as DK giving ‘fatherly advice’ to Batswana.

*While much of information was derived via an interview with Mr Daniel Kwelagobe, much of the information was gathered from an article by Mr Botsalo Ntuane, former Secretary General for Botswana Democratic Party, entitled; A Special Issue On Botswana Notes And Records' Golden Jubilee Volume In Honour of Sir Ketumile Masire