Dancing is the way we express ourselves, a way to detox at the end of a stressful day; put your shoes aside, let go and let loose and let your spirit free, let the music take over. Even some of us with two left feet we do our crazy dances behind closed doors and it makes us feel good, makes us feel alive and we become happy.

Needless to say, Batswana are exposed to all forms of dance styles, having crafted some over a long time and adopted others from the global family as mankind evolves. Here we look at a sample of the various original and traditional dance styles as well as some adopted modern dance styles. 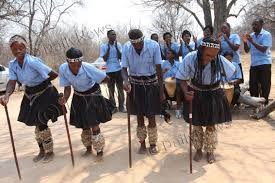 Some of the traditional dance styles include:

1. Setapa - this is a traditional dance style which originates from the Bangweketse tribe of Kanye village and surrounding areas. Setapa involves a group of dancers dressed in stringed leather outfit stamping into the ground and gesticulating to the song played or sung by the choir or group. The word Setapa is derived from the tswana word go tapa tapa, which means to step into the ground continuously.

There are three types of Setapa, these include;

2. Tsutsube - this is a traditional dance style practiced by Basarwa or San people. Tsutsube is performed in four ritualistic categories or stages which are the first kill, puberty, marriage and trance. According to the history, the first kill was for males or boys and trance was for healing and engaging ancestors.

3. Kalanga Hosanna – sometimes referred to as Dihosanna, is a traditional dance by Kalanga people. Dihosanna involves the invitation of ancestors through trance to pray for rain.

4. Polka – Polka dance is a lively courtship dance of Bohemian folk origin. It is characterized by three quick steps and a hop and is danced to localized European style music. Performed by a couple, the pair covers much space as they circle the dance floor. This dance style was introduced in Paris in about 1843, and it became extraordinarily popular in ballrooms and on the stage, and it has made its way through Europe and America and has found its way to Africa, Botswana. 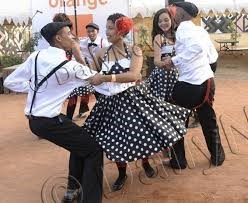 There are many other unique traditional dance styles. Traditional dance is a beautiful way of communicating and showing casing culture. Every dance style expresses the culture to which its dancers belong and that’s a special thing to do. 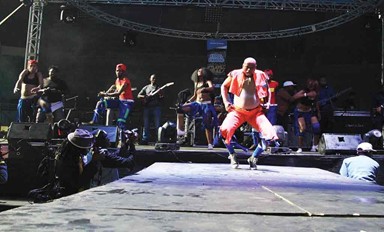 1. Kwasa-kwasa – this is the type of dance style that is generally performed by artists like Franco and Alfredo Mos. In addition, other groups like Chris Manto 7, Less Africa Sounds and Jeff Matheatau first popularized and localized the style. Kwasa-kwasa is Botswana’s interpretation of popular Congo high energy music called Rhumba, which is often sang in the Lingala language (Congolese), with a suggestive rhythmic dance and is a staple of the country’s capital and arts hub, Kinshasa.

2. Kwaito – this dance style is adopted from South Africa, specifically from the townships of Johannesburg. It has found its way into Botswana and is now one of the most commonly danced style, right between cultural dance and hip-hop. This type of dance is performed by artists like Mapetla, Vee & MMP Family.

3. Kwaito-kwasa – kwaito kwasa is a genre of music unique to Botswana, created by fusing the aforementioned genres of kwaito and kwasa-kwasa. This fusion brought the faster and more insistent rhythm of kwaito to the melodies and phrasings of kwasa-kwasa, and is largely credited to the work of Vee Mampeezy.

4. Afro-pop/jazz – this genre has been adopted from South African artists. It has now found its way into Botswana where it has become popular. Artists like Shanti-Lo, Amantle Brown, Samantha Mogwe. 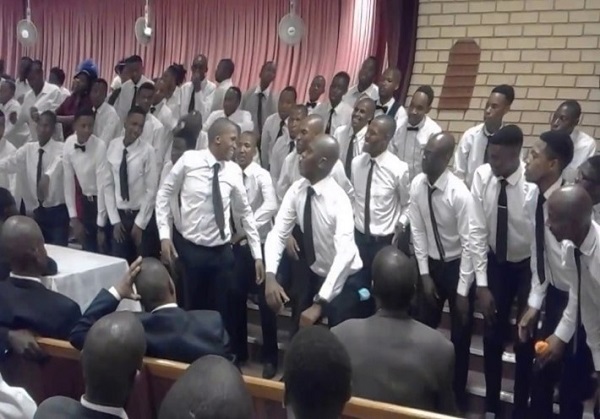 There are other dance styles that we are familiar with like choral which is performed by choral groups such as the popular KTM Choir and Gaborone Youth choir, as well as in churches like The Old Apostolic Church. Fun fact, most of the people who are in choral choirs are members of The Old Apostolic Church. The church is the pioneer of this particular dance style. They usually have song festivals where members of the church from different branches at different locations come together and perform their different songs and dance. It is quiet a glorious thing to watch and the songs are also teachings themselves. 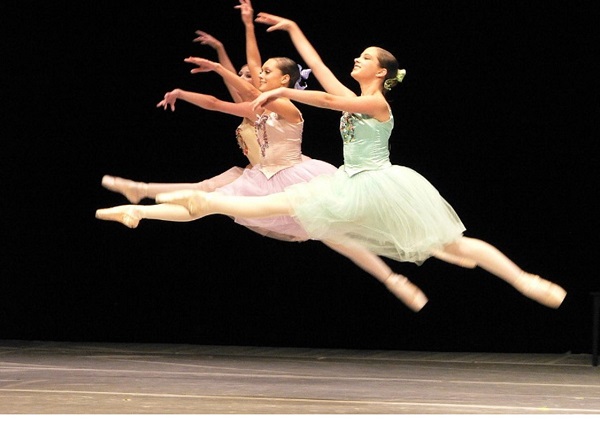 Dance has been a part of human culture since the very earliest communities and civilisations, with recorded evidence of dancing being found dating back to 30,000 years ago. Since then, different dances have changed, merged and evolved into what we know today as the most well-known dance genres.

Here is a list of the most popular types of dance:

Botswana also has modern dance styles that we see being performed world-wide like hip hop in its different forms, contemporary dance, ballet, ballroom, jazz, afro and many others.

As in America where the dance originated, hip-hop involves street battles and competitions in Botswana where competitors win money and gain recognition and respect. Some dancers use hip-hop dancing not only as a passion but as a source of income. They perform for local artists, participate in dance competitions and partake in street battles to earn money.

One of these dancers is a local by the name LTDC, officially known as Katlego Lekoko. LTDC dances with a group called Khonga Roots and they perform for artists like ATI. Katlego also takes part in competitions like the currently ongoing online battle called Point Break where a price of P10 000.00 is won. He also takes part in street battles to sharpen his skills and gain the recognition he needs to build a name for himself and make it in the dance industry. LTDC is a hip-hop dancer who does bone breaking, animation, contemporary dance and afro dance.

Contemporary dance is one of the dance styles that is making a mark in Botswana.

Contemporary dance can be performed by anyone. It is basically expressing the music and your feelings through dance. You just let yourself go and let the music take over, and then just dance.

There are dance schools in Botswana that teach contemporary dance around Gaborone like Get Dancing with Samantha Claire, La Danse Panier Dace Studio, PLAN A Dance Academy.

There is a ballet school run by one of the pioneers of ballet in Botswana called Risa Ballet where children are taught how to dance ballet from the basic parts of the dance style like positioning of legs and how to bend the knees, posture and balance. They are also trained in the four different types of jumps which are named according to how one jumps and how many feet they use to land. There is;

Although it is not very popular in Botswana, there are people who are passionate about it like Rita Lee who trains young girls in the dance. And in the young girls that she trains there are those who love the dance and enjoy it like Marothodi Ntseane.

This type of dance can be performed to tell a story, as a play or a short version/danced version of a movie. For example, Rita Lee, Lisa Muirhead, Nayana Iyer and Ntseane choreographed an interpretation of a movie called Alice in Wonderland which was performed by her students, including Marothodi Ntseane who played Alice and danced her part to perfection at Maru-a-Pula School’s Maitisong Theatre to a full audience.

Needless to say, ballet is a very entertaining but graceful style of dance and it is slowly growing in Botswana. It just needs more people to partake in it and take interest in it, especially young boys and girls. More parents are taking their children for ballet in Botswana, so we need more ballet schools to accommodate them as the few existing dance schools like Risa Ballet have reached their full capacity and cannot meet the demand for ballet lessons.

Ballroom dance is a set of partner dances, which are enjoyed both socially and competitively around the world. Ballroom dance may refer to almost any recreational dance with a partner. It refers most often to the ten dances of Standard and Latin, though the term is also used interchangeably with the five international Ballroom dances.

The different ballroom dance styles include:

All these dance styles have been adopted from their places of origin as is and are performed in Botswana in their original style. The ballroom dance styles are not very common in Botswana, with their popularity having reduced in recent years. But they were performed more in the past in competitions and some of the older citizens have medals for winning such competitions.

It is upon the new generation to revive these styles, make them a common practice, and give them more attention. We could have our very own Dancing with the Stars and So you think you can dance events.

Dance styles like jive, kwaito and hip-hop involve a lot of physical activity that can result in burning calories. Sports should not the only focus of the country, we should make dance available for those who are not athletic. Different kinds of dance cater for different types of people and each person can pick a dance style they can do on their free time. 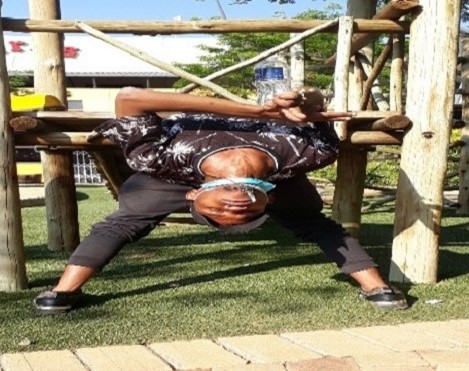 Yet again, indeed after a long and stressful day just turn on your favourite music and dance, so much like your life depends on it. You will feel your mood changing. Some of the music you can jam to are:

Honestly, life would be boring and plain without music and dance. That is why it is so important to us. Different people have different styles of dance and different cultures have different dance styles as well. 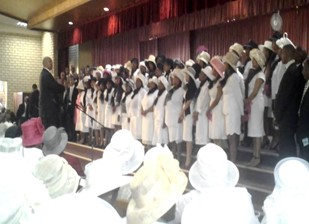