Miss Botswana pageant returned on 27th April 2013, after a year's hiatus of absence with the event not taking place in 2012, at the Gaborone International Convention Centre (Gaborone, Botswana) with 16 Batswana contestants vying for the crown. 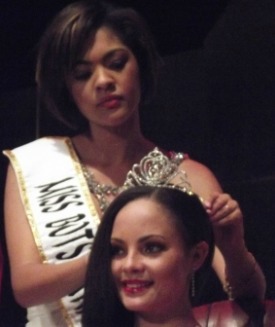 In 2012 the pageant was not hosted, however, the first princess from the 2011 contest Ms Tapiwa Preston was made queen elect for 2012.

True beauty Rosemary Keofitlhetse, a 20 year undergraduate won the coveted prize for 2013 ahead of other 15 equally beautiful Batswana girls. She was crowned by the outgoing radiant Tapiwa Preston who represented Botswana in Miss World pageant for 2012.

The first princess for 2013 was won by Khumo Leburu and the second princess by Betty Seatlholo.

For much of the night the contest was even, and anyone of the girls would have won. In fact Betty 'Diamond Girl' had earlier won a diamond prize for some pre-contest activities. Even more, the crowds' favourite was Sharon Seno who radiated a natural Tswana beauty. She had an excellent choice of dress and looked graceful in it, and on looks she fetched maximum points. 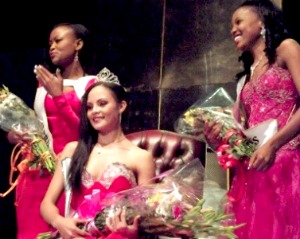 However, the stunning Rosemary in setting herself apart from the rest with her natural intelligence played her ace when she made witty responses to judges' questions, to clinch the prize.

Her good response assured her the crown, and a place in the forthcoming 63rd edition of Miss World to be held in September 2013 in Indonesia.

And more about the Botswana Queen; in addition to being naturally beautiful Rosemary is described by family and peers as down-to-earth and soft-spoken. She exudes confidence, is positive in life and has a fair amount of maturity about her. Her passion is working with the youth and supporting the disadvantaged.

The 16 contestants who took part were: